Microsoft has created another "Future Vision" video. They do this every year and they are always very impressive. Microsoft is very good at creating these future visions, they are not so good at turning them into real life products-apart from the XBOX Kinect.

One example, while sitting in the car she tells her phone to send the message: "Hi Quinn. I'll review it first thing tomorrow" and update the calendar. That's not the future. That is Siri which now comes with every Apple iPhone. 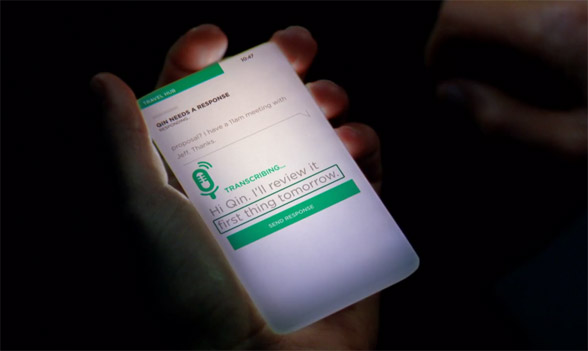 But there are plenty of other impressive things in this video. So take a look: 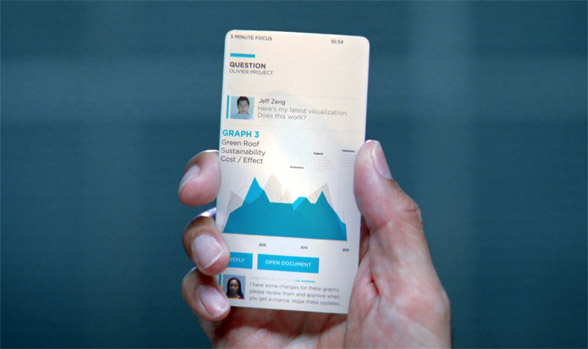 One thing you will notice is how everything is connected, but not in the you might think. The devices that "control" the experience are the ones you you bring with you. The "TV" in the hotel room is not a computer or a separate device it is just a viewer for your mobile phone.

The future won't be about having 10 computers in our homes. It will be about the computer we have in our pockets, projecting and/or interacting with "viewers" around us. 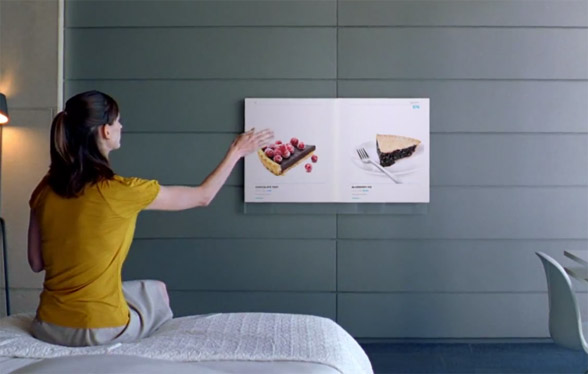 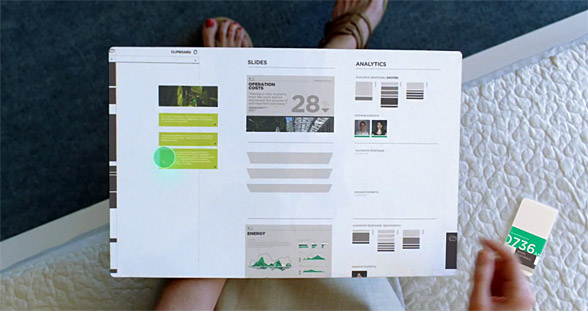 Note: This tablet is even more beautiful than the iPad!

There are two things we need to make this work. The apps and the interfaces are the easy part. But none of this would work without standards.

Apple has created AirPlay, which is impressive, but only works with Apple phones, Apple TV, and Apple "something." It only works if you have total monopoly over the entire phone, tablet and TV market.

That's never going to happen. We need standards; otherwise we won't be able project our phones screens schedules to other devices. 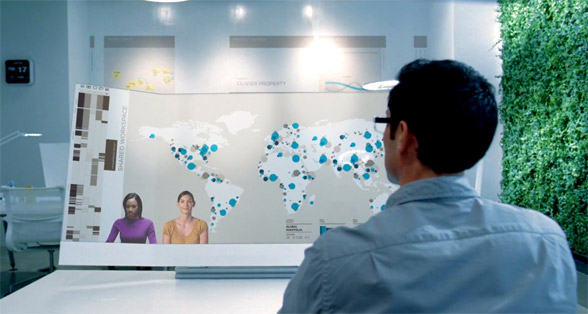 The other thing we need is the cloud. The phone/tablet itself is powerful and might be the one initiating the action. But without the cloud it is not going to work. And I'm not talking about synching (or even cloud synching.)

The cloud is the hub. Your mobile is your app platform, the screens and surfaces around you are the interfaces. 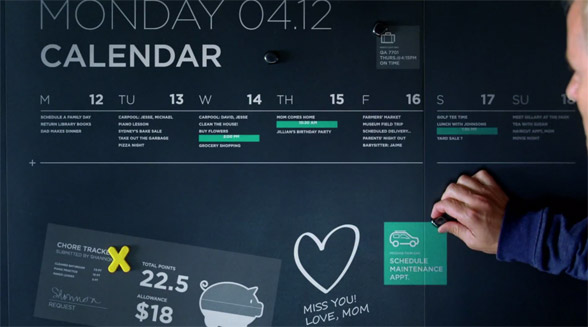 The only thing I think Microsoft misses, big time, is the allure of the connected refrigerator. That's one of the things everybody thinks will happen, but it won't. One reason (out of many): What about all the food that is not stored in your refrigerator?

It doesn't work because it confines you to a subset of food, in one place and in one location. Why not just check what you need directly on your phone?

But apart from the refrigerator, I cannot wait for this future to become real.

"Future Vision" series from past years:

Here are Microsoft's "Future Vision" videos from the past years: