Last week, I posted a short article about the manipulated metrics we see around Facebook video. If you haven't read it, please do.

I wasn't intending to dwell on the subject any further, but that was until Facebook posted the article "What the Shift to Video Means for Creators", which was picked up by the press and quite a staggering amount of clueless social media enthusiasts.

One would think that people would know better by now. A blind pursuit of engagement has been proven not to work, but people still obsess about it.

Two years ago I illustrated it this way: 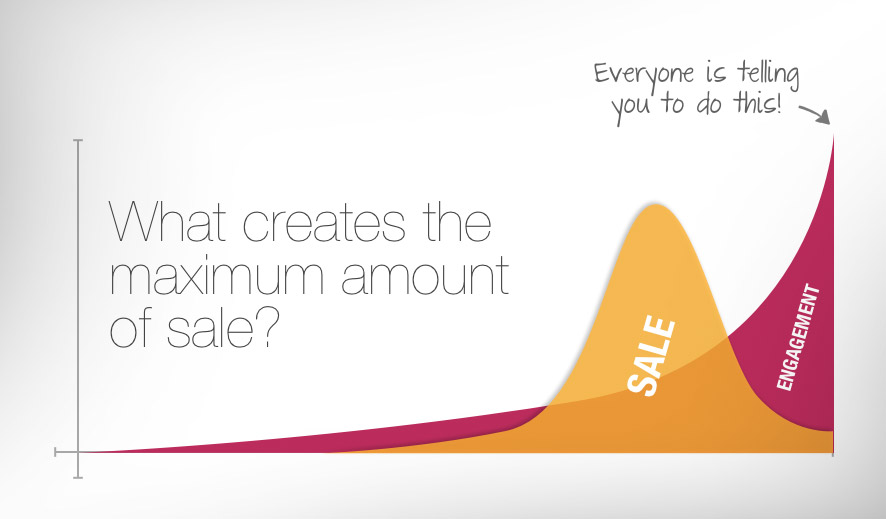 The problem I have with Facebook video is that it's 100% designed to benefit Facebook at the expense of the real goals of brands. You know, goals like creating real sales, building a community, being a source of inspiration, and using that to retain and build loyalty.

Those are the things you need as a brand. You don't need shallow traffic with the attention span of a few seconds.

But let me explain why Facebook video is so bad.

Facebook has averaged more than 1 billion video views every day. On average, more than 50% of people who come back to Facebook every day in the US watch at least one video daily

This shouldn't come as a surprise to anyone (especially not if you read my previous article). Facebook has manipulated the Newsfeed to inject more videos into it, and they are all autoplaying.

This is not an organic growth. This a manipulated result.

But this is not the worst part. The worst part is what Facebook suggests you should do about it.

With the launch of auto-play and the surge in mobile use, it's also important to focus on posting videos that grab people from the first frame of video. Shorter, timely video content tends to do well in News Feed. Keep in mind that auto-play videos play silently in News Feed until someone taps to hear sound, so videos that catch people's attention even without sound often find success.

And this is followed up with another article about Facebook new video analytics dashboard, which looks like this: 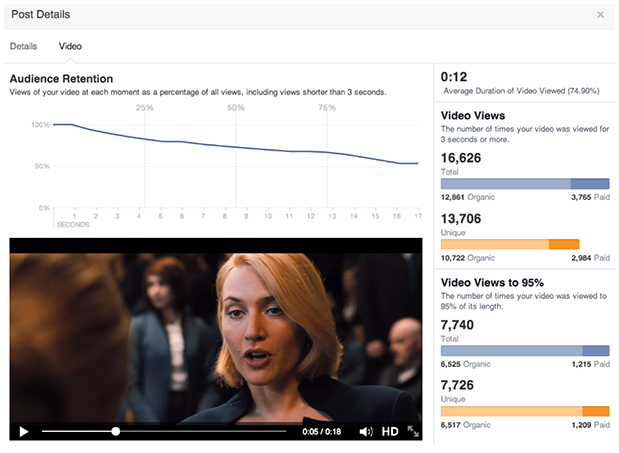 At first glance it looks very nice. You can see how many people started watching a video, and how many looked at it all the way to the end. And the numbers look rather nice. About 50% of the audience watch the full video.

Except, this graph doesn't say that at all. This is just what Facebook makes you think it says.

The first thing you notice is that this video is only 18 seconds long, and it is autoplaying. So, this only illustrates how long the video happened to be in view. After 17 seconds 50% have already scrolled past it to see another post.

That's not engagement. That's not anything. This is as useless as claims of how people engage with a banner ad. Just because a banner ad happens to in view, doesn't mean people are actually looking at it. And it definitely doesn't people are engaging with it.

You have no idea if these people are actually looking at your video and paying attention to it, or if they are just doing something else. Facebook doesn't measure real video engagement.

And this where the problem with Facebook's suggestions comes into light.

First, they suggest you keep the videos short.

The reason for this is obvious. If 50% of the audience is lost after 17 seconds, the shorter the video you make, the better it will look in the stats.

If a video was 6 minutes long (360 seconds), the stats would look terrible because it would illustrate how little auto-playing videos work. A 10 second video, however, would look like it was amazing.

But keeping the video short doesn't mean they actually work better. We have seen plenty of examples of that. Shallow videos produce shallow traffic.

You only have to look at some of the most popular YouTube stars to see how short videos aren't the key to success (or rather, the length isn't the defining factor).

Next, Facebook wants you to engage people from the first frame. The reason for this, of course, is that Facebook video has no real lifespan. The video is only visible in the newsfeed for the briefest of moments, unlike on other channels where people can actually enjoy the content they are watching.

And finally, to really prove how useless these videos are, Facebook says: "videos that catch people's attention even without sound often find success"

In other words, what Facebook really wants you to do is to post videos that work like animated GIFS. A short loop of something eye-catching, with no sound or deeper meaning.

It's shallow tactics, designed to boost activity in such a way that it looks better when measured in a certain way.

It's absolutely not what you need as a brand.

I'm reminded by a brilliant article I read last week: "A Teenager's View on Social Media - Written by an actual teen". In it, he describes how young people think about social media, among them Facebook:

Facebook is something we all got in middle school because it was cool but now is seen as an awkward family dinner party we can't really leave.

My biggest grief about Facebook however is the trend. As you can see in the video analytics dashboard above, retention on Facebook drops with time, causing shallowness to be a goal.

This is the complete opposite of what we see from other sources.

I illustrated this in my article about 'attention'.

We see, for instance, that Google found that the longer people looked at an ad, the higher the click-through rate was. 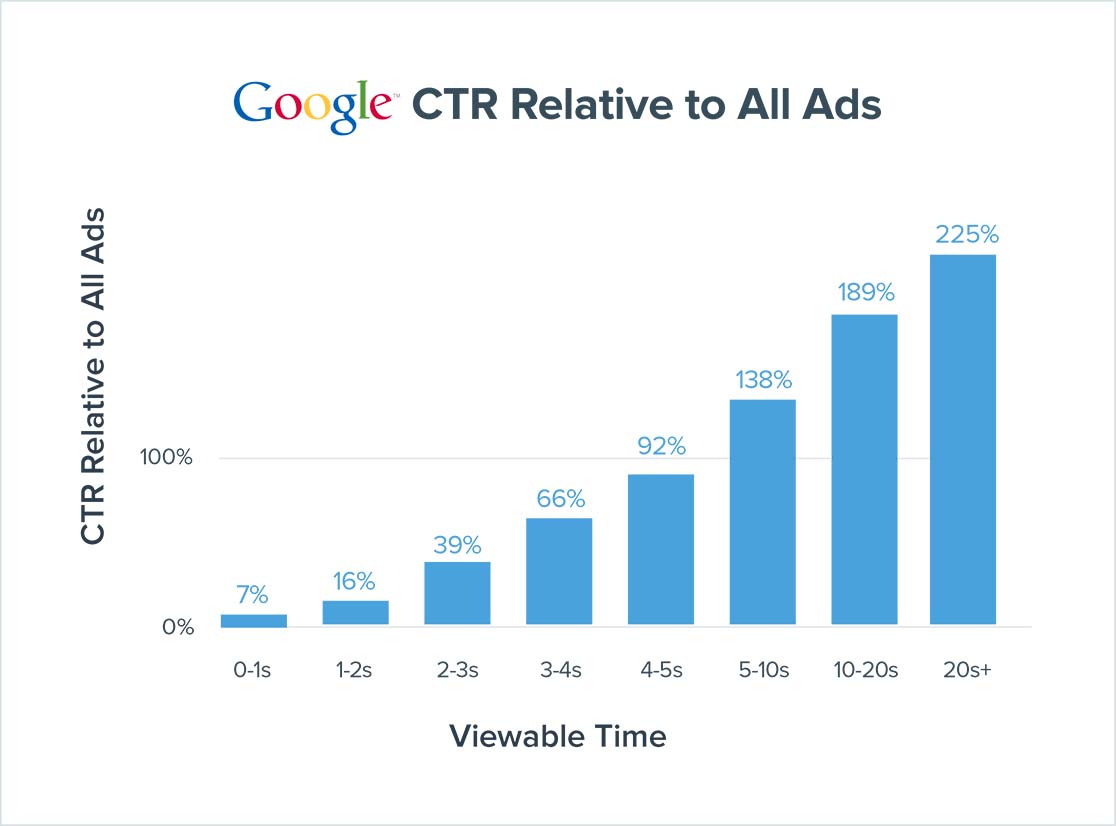 Yahoo found the same thing when looking at metric like the all important retention, recognition and recall:

And Chartbeat found that the longer you can keep someone engaged, the higher the probability people have for returning another day: 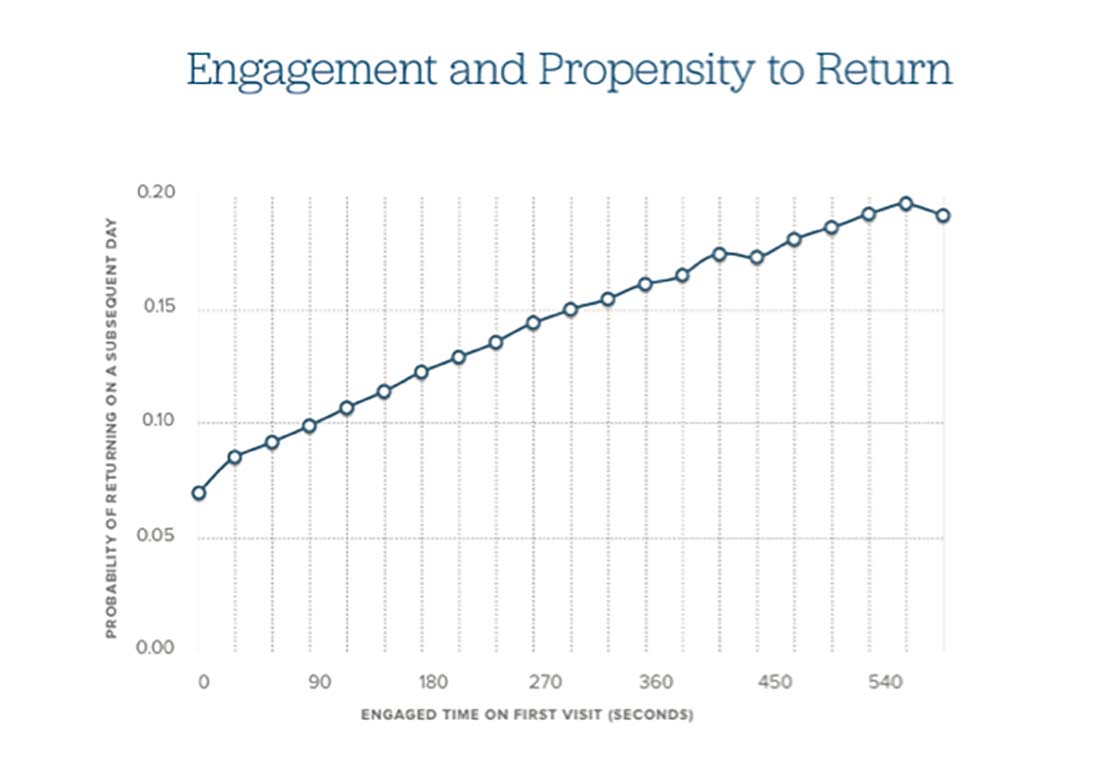 All of these shouldn't come as a surprise to you. Obviously, the longer you can keep people interested, the better it is. It's like dating. The longer the date is, the better the outcome (as in real love rather than something that didn't go anywhere).

So, when Facebook comes out saying that they are losing 50% of their engagement after only 17 seconds, and their solution is to argue you should post shorter videos with no real focus on sound, I just want to scream.

This is the last thing you want to do.

Facebook's focus on trying to build engagement is heading in the opposite direction of where we need it to go. As brands, we need Facebook to a place where people want to spend 15 minutes engaging with your brand (like people do on YouTube), not to be a place where people are exposed to 10 second autoplaying videos that they are not really paying attention to.

I don't care how much Facebook video is growing, or how amazingly high those numbers are. One billion video views are meaningless if they carry no real influence.

Also keep in mind, the reason Facebook is autoplaying videos is because people didn't click on them before. What does that tell you about the value of those views?

This is not good enough. We are not heading in the right direction. And as the teenager said, Facebook is too big and so dominant that we don't really have a choice. It's like "an awkward family dinner party, we can't really leave."

I wrote in my previous article that my best advice to you is to use Facebook video the way Facebook wants you to. That way you will get the most amount of exposure because that's how they are currently ranking and promoting the newsfeed.

It isn't good advice, though. It's just the best we have. I wish there was another way. I wish Facebook was heading in a different direction, but they are not.

So, optimize what you can. But please promise me that you are measuring it. And not just using Facebook's misleading stats, but using real measurements that links all the way back to your actual sales, retention and attention.

The goal is to get people to pay attention to you in such a way that you create an emotional bond. You want people to see what you post on Facebook because of you, and not just as a result of people being bored. 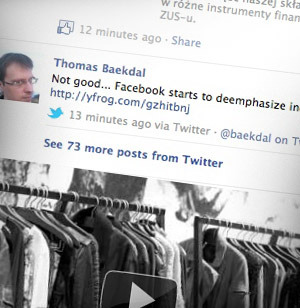