Publishing News Before it Happens

One thing that can annoy me to no end about the media is articles like this:

Elon Musk Wants You to Build The Hyperloop: http://goo.gl/TlvWlR

A few hours from now Tesla Motors founder Elon Musk will describe in detail his concept for a "Hyperloop" - a new form of transportation he believes to be capable of carrying passengers from San Francisco to Los Angeles in about half an hour. But he has no plans to build it himself. Not yet, anyway.

In other words, we have no idea what we are talking, but we will know in a couple of hours.

Why? Other than optimizing for page views, why would you deliberately post an article that does nothing by waste everyone's time? It's not breaking news because the news isn't out yet. You are not first because you are not bringing any information.

Why not wait those few hours and focus on bringing something of value?

And it's not just AllThingsD. Every newspaper is racing to publish articles about this before any of them have any idea what it really is. 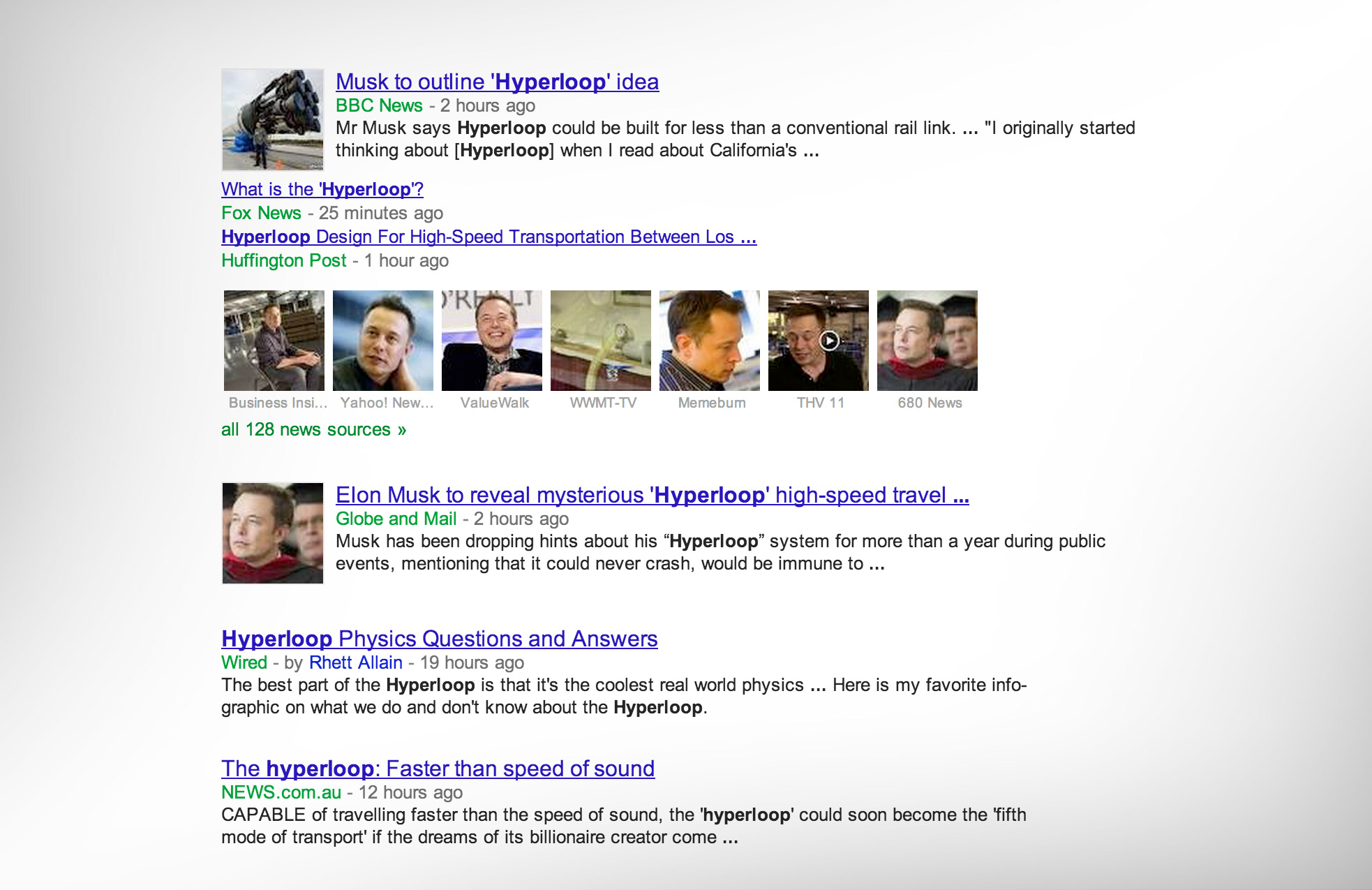 Here are the only known facts about the Hyperloop:

Everything else is just pure speculations.

This is spam. These stories might have been valuable if they were posted a couple of months ago. But we are talking about hours here. The time is so short that even his competitors would have no value in reading them.

It's the essence of chasing page views while completely disregarding relevance.

Instead of wasting people's time, why not spend these few hours preparing for when the news comes out? Instead of just saying the same thing as anyone else (it's a press event, remember), you can augment that with additional information that you have already prepared that all the others haven't had the time to focus on.