Unless you have been living under a rock, you have probably heard about the very successful social advertising campaign from Old Spice.

It started pretty simple. Old Spice's advertising agency tabbed into the age-old formula of putting a half-naked model under a shower, and have them flirt with you in front of a camera. They even added a small twist in asking you to compare the model's physical proportions to your existing boyfriend.

Not surprisingly a lot of (desperate) women instantly became a fan of the ad. And because of male insecurity many men watched it too, in the hope that if they covered themselves in Old Spice deodorant, girls would suddenly see them as muscular models (hint: it doesn't actually work that way... but hey!)

You can easily get the same effect with male fans. Simply create a similar campaign with Megan Fox, scantily dressed in a bathroom, flirting with you. She would probably attract even more male fans than Old Spice did with women. 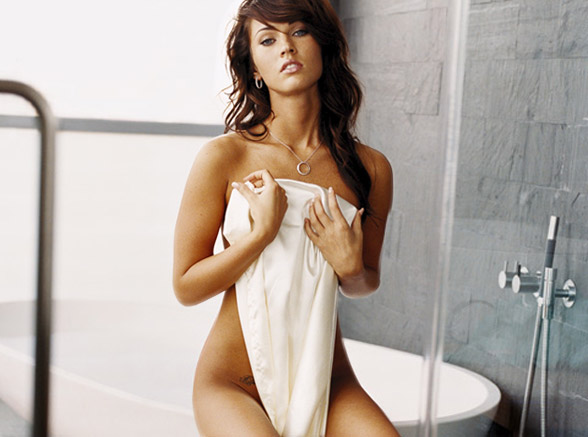 The campaign was brilliantly managed. They obviously uploaded it on a branded YouTube and Facebook channel. That is pretty much the default action of any company, so no point here.

But then they listened.

Instead of just thinking of this as a traditional advertising campaign, they use social channels as a way to get the communication started. They monitored how people reacted to the ad, what they said, and the questions they asked - and then they put out a lot of video responses, answering those very questions.

Brilliant move. This is definitely the right way to use social media. Focus on communication, as opposed to presentation.

In a very short time, the Old Spice videos where some of the most popular on the planet, and the Old Spice Facebook page skyrocketed with fans.

Not everything was brilliant though...

There was just one big problem. Because this was essentially a marketing campaign, Old Spice never intended to keep things going. So a few days ago Old Spice published this video saying; "It was fun, but we have to go now." 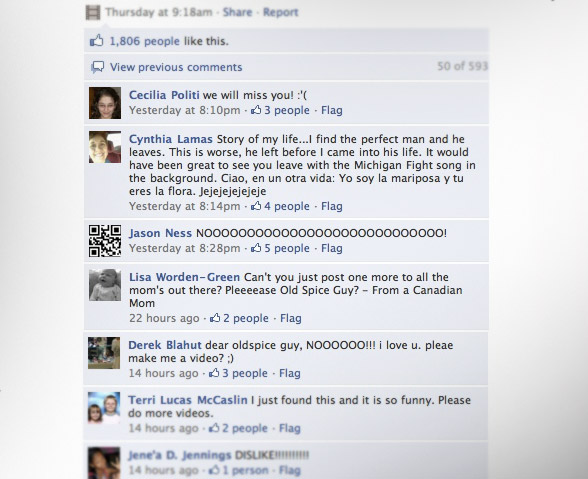 They failed at the number one thing you must do in the social world: keep the relationship.

They essentially created a one-night-stand. Huge amount of affection, but the next morning there is a note saying: "It was fun, but that was all it was." 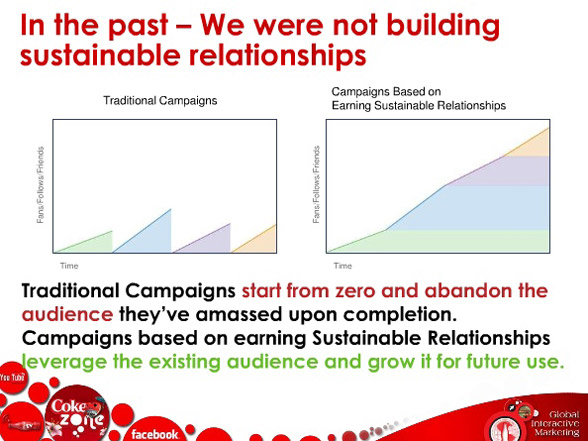 Traditional marketing campaigns focus on the event, but once it is over, they just turn their back and leave. Whereas social campaigns focused the long lasting relationship and just keeps growing.

Old Spice has firmly positioned their campaign as a traditional one. Sure they use the social channels for optimal effect. But now, they have to start from scratch when Old Spice, in a few months, will launch a new campaign.

They are obviously not going to lose all their 600.000 fans on Facebook. But, a few days ago those 600.000 people where "real fans." Now they might be listed as such, but their engagement level and their passion have dropped significantly.

Old Spice has to reconvince those people to, once again, become real fans with their next campaign.

Who is a fan of whom?

There is, however, one solution for all you women out there wanting to keep the relationship going. Instead of following Old Spice, why don't you follow the man. The actor in the Old Spice campaign is ex-football player Isaiah Mustafa. Why don't you just follow him directly?

This brings us to another point. When companies use celebrities to present their brand, you have to ask who is people actually become a fan of. In Old Spice's case, most of their new 600.000+ fans are women, which aren't actually in the target market for a male deodorant.

These women are clearly not fan of Old Spice, they like the actor - the celebrity.

It's going to be very hard for Old Spice to do another successful campaign, unless they continue to use Isaiah Mustafa.

This disconnect, between the brand and the person representing it, also has drastic impact on your social ROI. If people do not follow you because of your brand and/or products, they are unlikely to help you generate a positive social ROI.

You want people to connect with you. Not with a facade.

Celebrities and models can work well if you stick with them. Instead of using models as "window dressing," turn them into spokes models and brand advocates.

If you cannot do that (usually because of budget restraints), use "real people," from within your company. Or hire brand advocates (Like what Rackspace did when they hired Robert Scoble).

Old Spice did many things right. They maximized their use of social channels, and created a huge amount of attention. But, they failed miserably when it came to sustaining their social relationship.

In the short run, this was a huge success. But in the long run Old Spice just wasted their money, and kept the status quo.

A social strategy must be about keeping the momentum in the long run. It is too hard, to expensive, and too resource intensive to build up true fans, from scratch, at each campaign.