Kevin Hillstrom is a great guy who is writing many interesting articles, like this one about catalog marketing, but yesterday he made a bit of a blunder. He tweeted.

I cannot tell you how many times I have heard arguments like that. I heard it back in 1998, when companies didn't want to focus on creating websites. I heard in repeatedly between 2000-2008 by companies not wanting to create web shops. And, now we hear it about Facebook and any other new channel.

It is just wrong.

Blockbuster decided to stick with the biggest numbers - their brick and mortar strategy. The result was that Netflix was "booming" and Blockbuster went bankrupt.

Borders, the book store chain, did same math, found that traditional books were producing $1000 for every $1 ebook and stuck with print. They are now out of business.

The music industry looked at their market. They found that physical CD albums accounted for $1000 for every $1 online. They tried to force everyone to keep buying CDs, ended with a massive outbreak of piracy, and a market controlled by Apple - and in later years by Pandora and Spotify.

Or just look at Apple. Before they came out with the iPad, the tablet market (which did exists, there were many Windows tablets available) was insignificant to the PC market. But Steve Jobs didn't care what numbers where.

I tweeted to Kevin, "Brands cannot *wait* for change to happen, they have to be a part of it."

And Kevin responded, "Given the ratio of sales (retail vs. e-commerce vs. Facebook), what percentage of time would you have your marketing department spend on Facebook marketing?"

I'm sorry Kevin. I respect what you do but everything about that question is wrong. How you change the market is not a marketing problem, it is product problem. And you cannot just react to it.

If you walked up to Henry Ford and asked that question, he wouldn't understand what you where on about. The conversation would be something like this.

Kevin: Hey Henry, only 0.1% of your market are concerned about cars, so how much of your marketing budget should you spend on it?

Henry Ford: All of it!

And you could have the same conversation with Netflix in 2003.

Kevin: You know Netflix, only 0.1% of the people in the US rent movies online, how much of your marketing budget should you spend on digital marketing?

Netflix: Most of it!

You have to *be the change*. You cannot just wait for it to happen, and then change. You have to be the one who encourages people to use the new markets.

Henry Ford had to work really hard, and spend all his money, to encourage people to buy cars. He couldn't just wait for people to change on their own, or worse, wait for one of his competitors to change the market for him.

Same with Netflix. They had a successful DVD mail-renting business, but decided to spend most of their budgets on getting people to rent online instead. That focus allowed Netflix to run Blockbuster out of business.

It is not about marketing. It is about your product

The biggest problem, however, is that, how much you should spend on Facebook or any other channel has nothing to do with marketing.

If you are a weekly print newspaper, with no digital channels whatsoever. You have no website, no twitter profiles or anything. You just have print. And you ask me, "how much of our marketing budget should we spend on Facebook?"

Because, the product does not appeal to anyone on Facebook. It is a different culture. Any money spent on Facebook will likely be a loss, or worse, make them look like old geezers who doesn't know what world they are in.

Marketing doesn't change anything. Marketing optimizes what you already have. If you live in a print world, you have to appeal to print people. You have to put your money where those people are - in outdoor posters and in print advertising.

If you want to reach a different market, you first have to create a different product. Marketing is then the expert group of people that help you bring that product to the world.

But it isn't marketing that is causing that change, your product is.

Note: Which Microsoft is already working on.

The reason why companies fail is usually because of two things.

Borders focused on retail because that was what the current numbers told them to. It works great in the short run, but it is deadly in the long run.

2: Companies look at the new markets as "marketing". They fail to change their product. Instead, they use new markets, like Facebook, to get people to come to their old markets. It doesn't work. I cannot recall it ever working.

Facebook is not a marketing channel. It is a communication channel. If your product doesn't communicate, if people cannot share and discuss what they do with it, it won't work. At best, it will only generate the same effect as a banner ad.

If you are selling standard mailboxes for apartment buildings, I cannot come up with any reason why you should be on Facebook. It doesn't matter if Facebook is generating $1 or $1,000. Your product will produce $0. 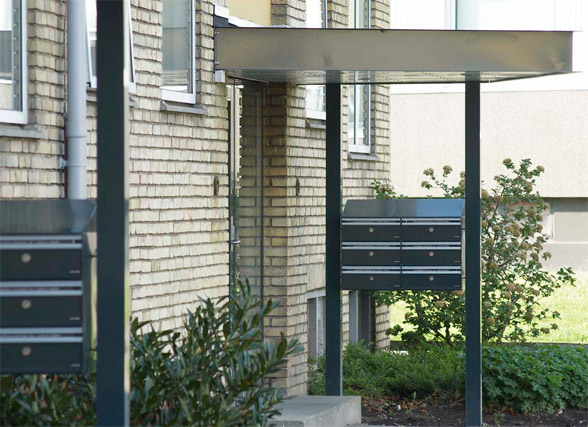 It also means that if you don't change your product, you will go out of business sometime in the future. It is not going to be long before we never send snail-mails any longer. Packages don't go into a mailbox either.

Note: I only check my snail-mail box about once every week. And on most weeks, there is nothing in it other than ads (that I have opted out of).

The real power of Facebook (and other social channels)

That also means that the real power of Facebook is actually not what you do, but rather what people do about you. But it is not really about Facebook. Focus your marketing budget on getting people to do something that matters. Something they want to tell about to their friends. Something that they can connect with and share.

And focus your *product team* on making products that matter to new markets.