Free Yourself From the Office

People who are close to me know that I am a bit anti-office. The entire idea of forcing anyone into the same building, when the products that we make is being produced in China, makes no sense. 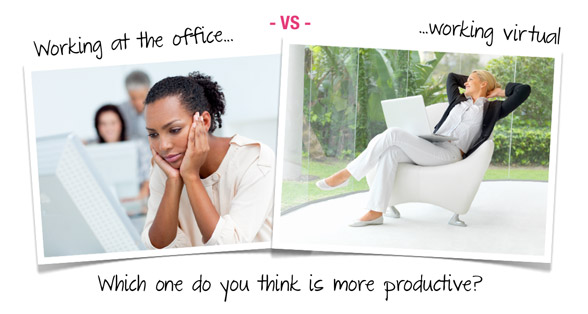 The office was invented back when the only form of communication was face to face. Back then it made sense to force everyone together; otherwise you couldn't coordinate what needed to be done.

But today, we have absolutely no problem coordinating that our products is being produced on the other side of the planet. We live in the connected world. Why is it that we can work efficiently with people from far away, but apparently cannot with people in the same country?

The office solved the huge problem of communicating, but it also brought with it a number of disadvantages.

First we have the commute. Back when I used to work in an office, I would have to spend an hour every day being stuck in traffic. That is a full hour during which I could have done some serious work. For instance, this article took 20 minutes to write.

Then we have the idea that everyone should be 'in the zone' at the same time, despite the fact that many studies have proven it to be impossible. What you really get is suboptimal efficiency.

We also have the huge amount of interruptions throughout the day. Not just by co-workers, but by the sheer noise level oozing out from every workplace.

But the biggest problem with the office is the shallowness. People are never given enough time to think. Someone will walk up to you, ask a question and then stand there waiting for an answer. The result is that all the answers you give are whatever that comes to your mind at that moment. And the result is mediocre at best.

Companies then try to solve this by having meetings and brainstorming sessions. The whole concept of those is to focus on quantity over quality. You cannot think; you cannot reflect; you cannot respond. You just have to say whatever comes to you as fast as possible.

Think of something now, more ideas the better, don't stop, don't think, just give me an idea!! Right! Now another one ...and another ...good, keep it coming!! ...MORE IDEAS!!

The result is a whiteboard filled with an impressive amount of ideas. But the basic quality of these are often pretty low.

The whole concept was envisioned by Alex Osborn in 1948, but several studies have proven that he was wrong. That kind of working environment doesn't produce better results.

I too used to be an Osborn fanatic. I believed in the office and the idea that people worked better if they where all in the same room - even better, if it was in an open office environment.

In 2005, when I started working virtually, I learned that the office is pretty much the worst place for serious work. I hired this guy, Andy, in New Zealand, to help me with a number of projects. Not only was he on the other side of the planet, but he was also in a completely different time zone. Traditional office thinking dictated that this could not work.

But what extraordinary difference it made. The difference in time zones actually allowed us to work twice as fast. I would be working when he was asleep, and he would work when I was asleep.

Sure there where times when one of us got stuck, and we would lose a day, but those times were nothing compared to what we gained.

The biggest difference, however, was the dramatic increase in quality. Whenever he asked a question, I would have an entire day to think about it. That meant that I didn't just answer whatever that was at the top of my head at that specific moment, but each answer had time to incubate in the back of my head.

The result was dramatic. When I worked with local people and agencies, I spent an enormous amount of time going over the same thing again and again. But when I worked with Andy, everything just flowed.

In 2007, I started to combine working virtually with working from home, and I would only show up at the office when I had a meeting with someone. Again, what I found was remarkable. When you move away from the office, the lack of constant distractions make you about a billion times more productive. The first couple of months, I often found myself in the odd situation that I had completed all the work that I had planed for that week, but it was still only Tuesday.

Not to mention that I had an extra hour of free time because I no longer had to commute. Working virtually was three times faster, at half the cost.

Working in an office does have it's advantages too. It's social. It brings your team closer together, and you can hear all the gossip. From a social aspect, those are all good things.

But from a work perspective and in actually getting things done fast, efficient, and at the highest quality, the office sucks.

Worse is when you combine office life with local media agencies. Try calculating the return of investment on this:

Let's say you have an one hour meeting in another city. You first have to drive for one hour to get there. Then you spend the first 10 minutes saying hello and introducing everyone, then another 25 minutes looking at slideshows, and then 15 minutes of serious talk, followed by 10 minutes of chit-chat. Then you have to spend another hour driving back. And because the meeting was at 11 AM, you didn't get to do anything serious form 9 to 10 AM ...and you are definitely not going to do much from 2 to 5 PM other than to check email.

That's an entire day wasted so that you could have 15 minutes of serious discussion. I could have done all that in 20 minutes virtually.

The difference in productivity between office live and virtual life is simply immense. Not to mention that working virtually also reduces people's stress levels and makes it easier for them to organize their lives. People don't have to work from 9 to 5, they can work when it suits them the most.

There are, of course, also disadvantages to working virtually:

Many work virtually by disconnecting from the people they work with. That is not what this is about at all. You need to be connected to people around you.

Another important factor is the work environment. One mistake that many make is that they work virtually from their kitchen table or, worse, in a cramped corner under the staircase.

That is no way to work. If you want to work efficiently, your virtual office has to be as good as your office at work. My home office, for instance, is far better than the workplace I had when I worked in the office. It has good lighting, it's spacious, and it invites work. 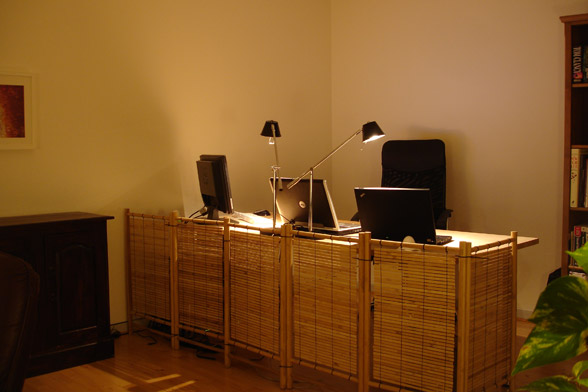 Note: Old picture from back before I turned into a Mac/Apple fanatic ;)

Finally, you need to set boundaries for disruptions. Just because you work virtually, doesn't mean your friends can come by and hang out with you all day, or that your work can be squeezed in between washing clothes and going shopping.

Working virtually doesn't have to be from 9 to 5, but you have to know when you are in work mode and when you are not. For instance, I'm usually in work-mode from 11 AM to 4 PM and then again from 8 PM to 11 PM.

Of course, working virtually does give you a huge amount of flexibility. If you are not 'in the zone' do something else. It's not very efficient to try to work when you body tells you that it can't. It's more efficient to wait and give your body the space it needs.

And working virtually also means that you can bring your work with you into whatever environment that motivates you the most. For instance, I wrote this article on my iPad, sitting in my car. And this is just one of my new eight writing spots. I'm still connected using high-speed mobile internet, but the different environment is a great way to make new ideas flow. 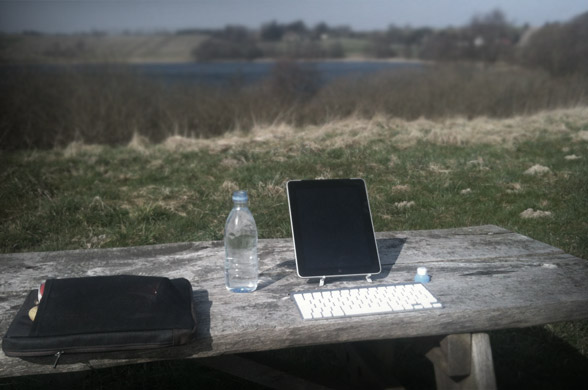 Places like these make me far more productive than anything I have ever experienced in my 15 years in an office.

In the future, we will see more and more virtual companies, even those run by people living in the same city. Instead of working from an office, each employee will work virtually ...but, every now and then, you would meet to socialize at the local coffee bar.

You will likely find that those companies get far more done than those who insist that everyone has to sit in the same room every day.