It's been a while since I published anything about 3D printers, but it is a very interesting development. In time, 3D printing is likely to lead to the replicator. A device that can recreate any physical product right inside your home.

I wrote about this shift in the article, "The Future of News And The Replicators". It is fascinating to think about just how much the world will change once we have invented the replicator. Not just for the future potential of physical things, but also because it teaches us a lot about the shift that we see today in the digital world.

3D printing is still a long way from that future, but it is moving forward at a steady pace.

One problem we have, apart from the resolution being too low and the limitation in materials, is that it is too hard for 'normal people' to use.

Back in 2008 I wrote about Shapeways where you can upload a 3D model which they will then print for you. They have since expanded their service to also include an Etsy-type store where you can sell your own 3D printed objects, and there are some cool ones out there like this 3D printed iPad stand for $20.

You can also go out and buy a relatively cheap 3D printer yourself (there is one on Amazon for $4,449).

But the problem in both cases, is that you still have to figure out how to make the 3D model in the first place. And as we all know, 3D applications are hideously hard to use for normal people.

A couple of days ago I received an email from a startup that is planning to solve this problem. But they plan to take this a step further and make 3D printing fun for kids. They are doing it with an iPad app and trying fund it via Kickstarter. 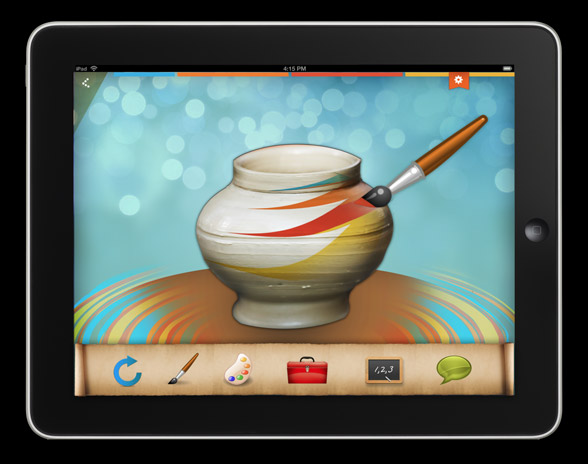 I think this is a brilliant concept that has a ton of potential. Arguably, the novelty of making pottery is going to wear off fairly quickly. But imagine, for a moment, that you could create your own toys? You know, funny animals like...Mmmm...a tiger-giraffe with big lumpy feet called Flumpy :)